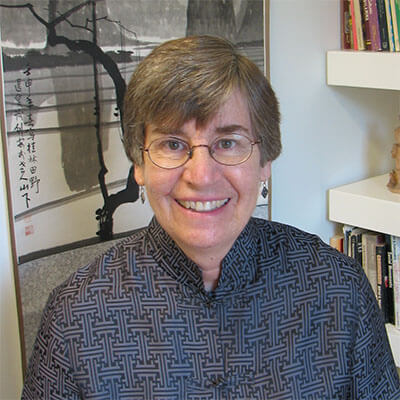 Elizabeth J. Perry is Henry Rosovsky Professor of Government and Director of the Harvard-Yenching Institute. She is a comparativist with special expertise in the politics of China. A fellow of the American Academy of Arts and Sciences and the recipient of a Guggenheim fellowship, she sits on the editorial boards of nearly a dozen major scholarly journals and has served as the President of the Association for Asian Studies. Professor Perry’s research focuses on popular protest and grassroots politics in modern and contemporary China. Her books include Rebels and Revolutionaries in North China, 1845-1945 (1980); Chinese Perspectives on the Nien Rebellion (1981); The Political Economy of Reform in Post-Mao China (1985); Popular Protest and Political Culture in Modern China (1992); Urban Spaces in Contemporary China: The Potential for Autonomy and Community in Chinese Cities (1995); Putting Class in Its Place: Worker Identities in East Asia (1996); Proletarian Power: Shanghai in the Cultural Revolution (1997); Danwei: The Changing Chinese Workplace in Historical and Comparative Perspective (1997); Chinese Society: Change, Conflict, and Resistance (2000); Challenging the Mandate of Heaven: Social Protest and State Power in China (2002); Changing Meanings of Citizenship in Modern China (2002); Patrolling the Revolution: Worker Militias, Citizenship and the Modern Chinese State (2006); Grassroots Political Reform in Contemporary China (2007); and Mao’s Invisble Hand: The Political Foundations of Adaptive Governance in China (2011). Her book, Shanghai on Strike: the Politics of Chinese Labor (1993) won the John King Fairbank prize from the American Historical Association.