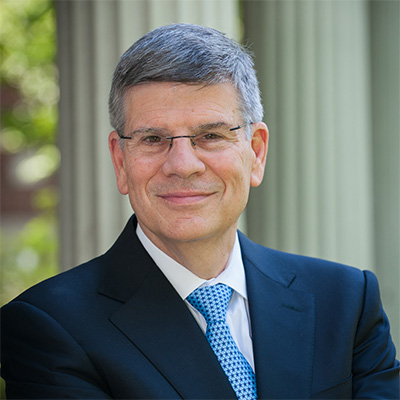 Research Interests: Doing business in China in the early 21st century; Chinese companies and consumer markets; Chinese Universities: Leaders of the 21st Century?; The enduring role of State-Owned Enterprises in China; Business, political, and cultural relations across the Taiwan Strait

A historian by training, Professor Kirby examines contemporary China’s business, economic, and political development in an international context. He writes and teaches on the growth of modern companies in China (Chinese and foreign; state-owned and private); Chinese corporate law and company structure; business relations across Greater China (PRC, Taiwan, Hong Kong); and China’s relations with the United States and Europe. He has authored or co-authored more than forty HBS cases on business in China, ranging from start-ups to SOEs; agribusiness and middle-class consumption; banking and microfinance; healthcare and education; corporate governance and corporate social responsibility; and the global strategies of Chinese firms. His current projects include case studies of trend-setting Chinese businesses and a comparative study of higher education in China, Europe, and the United States. His most recent book is Can China Lead? (Harvard Business Review Press).

As Dean of the Faculty of Arts and Sciences, he led Harvard’s largest school, with 10,000 students, 1,000 faculty members, 2,500 staff, and an annual budget of $1 billion. He initiated major reforms in undergraduate education in Harvard College; enhanced Harvard’s international studies at home and abroad; increased substantially financial aid in the College and in the Graduate School of Arts and Sciences; supported the growth of the Division (now School) of Engineering and Applied Sciences; and oversaw the construction of major new buildings in the Life Sciences, Engineering, and the Arts. During his tenure, the Faculty expanded at its most rapid rate since the 1960s.

Professor Kirby’s research and consulting have focused on strategies for business and education in China. He serves on the Board of Directors of Cabot Corporation; The China Fund, Inc.; The Taiwan Fund, Inc.; the American Council of Learned Societies; and Harvard University Press. He chairs the Academic Advisory Council for Schwarzman Scholars at Tsinghua University and serves as Senior Advisor on China to Duke University.